France’s vastest national forest also covers the Sully Valley! Over the four seasons, you are sure to appreciate this tranquil spot, disturbed only by the bird songs and by the rustling leaves underfoot. Home to a wealth of fauna, it is also a site with an eventful history… 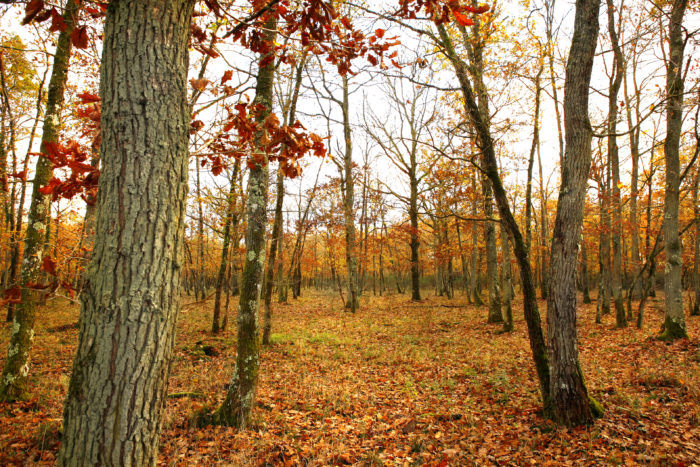 Walk with the animals !

In this thousand-year-old forest, biodiversity abounds !

Local fauna and flora rub shoulders for the pleasure of your five senses! And, of course, for that of our furry and feathered friends… for Orléans Forest remains an essential habitat for deer, wild boar, roe deer, etc. and over 180 different bird species, all of which thrive amidst deciduous trees, pedonculate oaks, Scots pine… but also birches, beeches, hornbeams, hazels, Corsican pines, wild apple trees, lime trees, lily of the valley, bluebells, daffodils, blueberry bushes and mushrooms.
And since the Orléans forest offers such a hospitable habitat, it is also a prime choice for nesting ospreys. So, you can expect to spot them here, from May to July.
Shh! To catch a glimpse without disturbing them, head for the Étang du Ravoir, a small lake by which an observatory has been specially created for birdwatchers ! 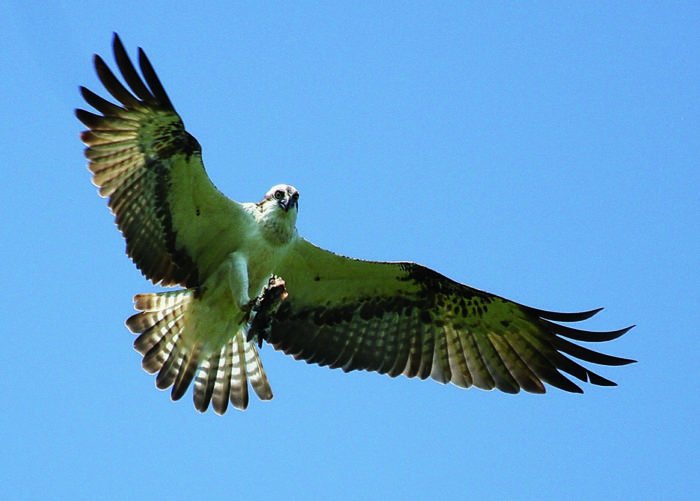 A forest in the SullyValley

Situated to the north of the Loire, this huge forest owes its name to its former owner, Philippe d’Orléans, Louis XIV of France’s brother. Today managed by the ONF (French forestry commission), it is essentially comprised of 3 wooded areas – located around Orléans, Ingrannes and Lorris, they cover a total surface area of 50,000 hectares, collectively earning Orléans forest the leading rank among France’s national forests in terms of size. Four of the Sully Valley’s towns stand within the Orléans Forest. Les Bordes, Ouzouer-sur-Loire, Bray-Saint-Aignan and Dampierre-en-Burly – all within the Lorris forest area (covering a total of 14,400 hectares). 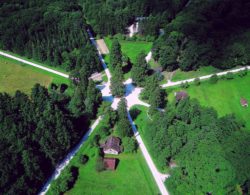 The Carrefour de la Résistance (formerly known as the Carrefour d’Orléans) is located amidst the Lorris ‘Maquis’ (Resistance fighter territories), in the heart of the Orléans Forest. This spot, where paths cross, is a major symbol in memory of the massacre, by German forces, of several French Resistance fighters (‘maquisards’) and civilians on the 14th of August 1944. This star-shaped junction, comprising a commemorative monument, a line of white crosses and the ruins of 2 forester’s lodges, offers visitors an opportunity to delve back in time and to commemorate this dark page in History.

On your way to and from the Carrefour de la Résistance, you can choose one of several walking routes. The Sentier des Sources (Source Path) is a prime choice. A loop ranging from 5 to 10km (the choice is yours) takes you past a few of History’s remarkable witnesses, such as wayside crosses, fountains and, of course – as its name suggests – sources.
Of course, a choice of other walking, riding and cycling routes is also available. Simply pop in at the Tourist Office and ask for printed documents or, if you prefer, you can opt for the digital version, via Loiret Balades. Throughout the year, Loiret Nature Environnement organises several nature outings to offer walkers an opportunity to discover the surprising biodiversity of our woodlands…

So… are you tempted ?

And if you follow the Orléans Forest a little further, into Sologne, a multitude of ponds and small lakes are also waiting to be discovered. In the Sully Valley, you can enjoy a stroll along the banks of the Etang du Ravoir and the Etang de Raviole, two small lakes in Ouzouer-sur-Loire, not forgetting Courcambon by Dampierre-en-Burly.