Push open the door of the Château de Sully !

Built in the 14th century and situated at the entrance to Loire’s Valley of the Kings, the Château de Sully looms above the River Loire and the town of Sully-sur-Loire. This medieval fortress is one of Loiret’s most visited monuments. Just 2 hours from Paris, come and take a delve back in time, to the age of the Dukes of Sully, those who rubbed shoulders with Kings and other illustrious figures in French History.

A listed Historic Monument since 1928, the Château de Sully’s bygone splendour was truly revived with the castle’s acquisition by the Loiret Council in 1962. A vast restoration campaign, together with new furnishings, have offered visitors the opportunity to discover what the monument was like during the Middle Ages, and in the 17th, 18th and even 19th centuries! Over your visit, you will see Sully’s tomb, the striking Hall of Honour, the King’s Bedroom, and the Psyche bedroom. The latter houses a wall hanging depicting Pysche, which is a listed historic monument.

As you begin your tour, you can view the docufiction entitled ‘Sully, site of history(ies)’, screened in the first room. In just 12 minutes, you will discover – in period costume – the emblematic figures that have marked the castle’s history, including Maximilien de Béthune, Georges de la Trémouille and even Joan of Arc. 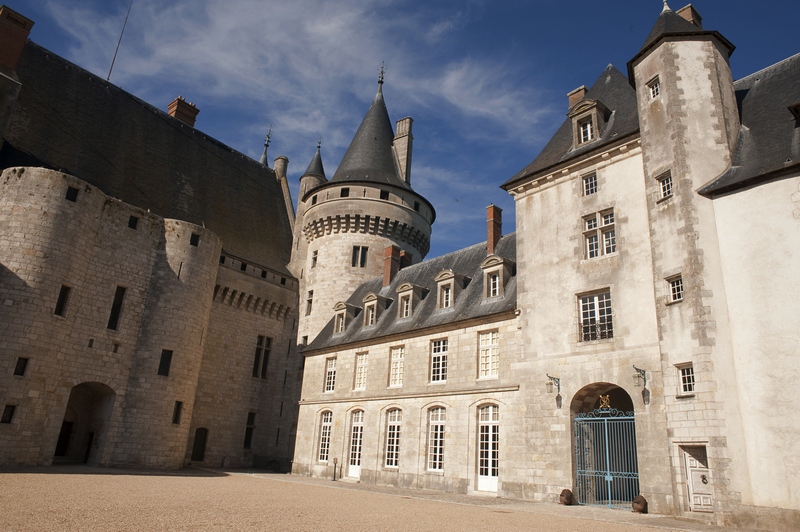 A number of illustrious figures paid visits to the Château de Sully, each of them leaving their own mark. As they tour the site, today’s visitors follow in their very footsteps. Kings and queens, ministers, La Fayette and MacMahon (Duke of Magenta) have all entered the fortress.

Maximilien I de Béthune, first minister and adviser to Henry IV of France, was the castle’s most famous owner. He became Duke and Peer of France in 1606, after acquiring the Seigneurie de Sully a few years previously and taking Sully as his name. He joined the King of France and of Navarre as he reconquered his kingdom, and contributed towards the land’s recovery, after 30 years of Wars of Religion. Henry IV entrusted him with a number of missions, such as superintendent of finances. Upon the king’s death in 1610, he devoted himself entirely to managing his personal estate. He died in 1641 at the age of 82, in his residence in the Château de Villebon, in Eure-et-Loir.

Joan of Arc stayed several times at the Château de Sully. Her first visit was in 1429, when she came to join Charles VII’s court after liberating Orléans. It was here, at Sully, that she urged him to have himself consecrated in Reims, which he did on the 17th of July of the same year. She returned to Sully in March 1430 after waging battle in the province of Nivernais. Imprisoned by Georges de la Trémouille, she finally escaped in May, only to be captured by the Burgundians, who then sold her to the English. We all know the tragic fate that awaited her.

Voltaire stayed at the Château de Sully three times, in particular through his close links with the 5th Duke of Sully. In 1716, he escaped exile in Tulle for having written subversive texts on the subject of the Regent and his daughter. He spent his period of exile at the Château de Sully, which he described as the ‘most amiable’ place ever. Voltaire said to have appreciated the company of Sully’s noble families, indulging in high-society evening receptions and dinners, before returning to Paris, where – once more – he set to his controversial writings. He returned to Sully after a stay at the Bastille. At the castle, he wrote Artemire, the first staging of which took place in the Hall of Honour.

The King came to Sully in 1652, during the Fronde. Here, he received a delegation from the Paris parliament, led by Nesmond, its ‘président à mortier’.

The Château de Sully park stretches over an area of 25 hectares.  This verdant haven, in the very centre of the town, is home to a vast array of bird and dragonfly species, along with over 200 plant species. It is bordered by the River Sange, which flows into the castle moat. To the east, a second area covering twenty hectares, stands alongside the park: the Sully lakes, which are home to a number of wild birds, beavers and even otters! It is the ideal spot for a shaded walk… and is open to all, all year long ! 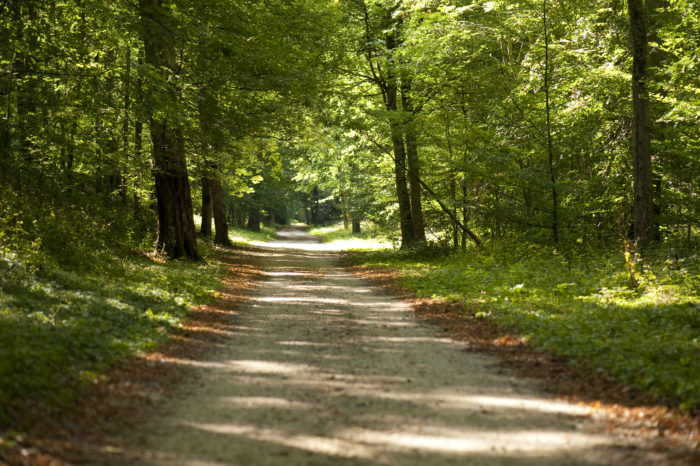 The Château in figures

For 20 participants or more, by appointment
€5 per person + €75 for a guide service (€90 on Sundays and public holidays)

Accessible both before and after your visit, the castle boutique offers a range of souvenirs and gifts for adults and children. Postcards, Monnaie de Paris medals, jewellery, wooden swords, collector items, etc. 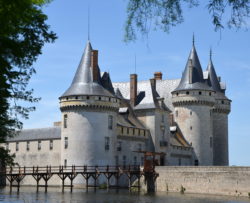